ELECTION OF THE EURODA BOARD 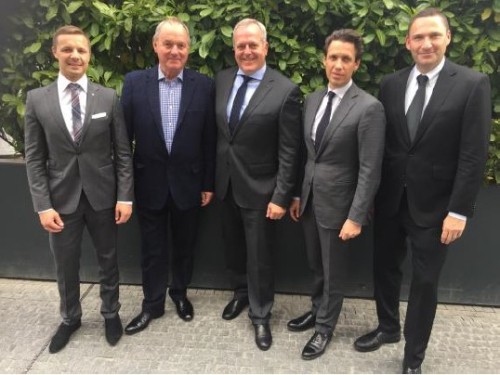 During the General Spring Meeting of EURODA, the European Opel/Vauxhall Dealer Association, held in Bratislava, Slovakia on May 12th 2017, Roman Still (Germany) was appointed as a board member to replace Esko Thüllen, Germany, who was not eligible for re-election.

The other four board members were eligible for re-election. In the election that followed in the mentioned Meeting they were all unanimously re-elected by the EURODA members to be board members until 2020.
As a result of the appointment of Roman Still and the re-election of the other members, the new board now consists of Peter List (Austria, chairman), Andreas Barchetti (Italy, vice chairman/treasurer), Józef Haller (Poland, board member) Mike Hutchin (UK, secretary) and Roman Still (Germany, board member).

Not for publication: for further info you can contact the Euroda secretariat:
E-mail: secretariat@euroda.eu